Phoenix, I am in you

It's not as warm here as I was expecting. In fact, it's pretty grey and rainy. Much disappointment.
One flight was delayed, and the next flight was delayed even more. In total, we spent four hours snuggled in at the Chicago airport, talking about the kinds of things you only really talk about at GHC.  We met up with some new people from Google, and laughed about Canadian stereotypes.
I learnt something about myself today though; when I travel through the States, I become Condescendingly Canadian. But I mean, they still use pennies. And don't know anything about Tim Horton's. 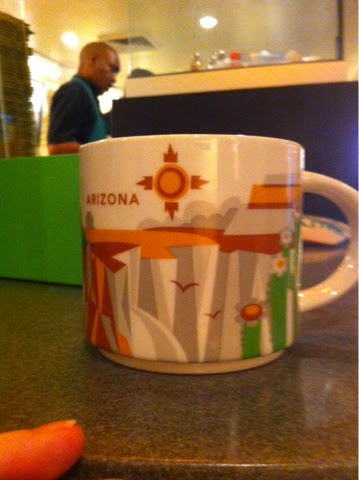 I'm currently hanging out in the Ottawa Airport with some very lovely people, about to head off to GHC14!

The Grace Hopper Celebration of Women in Technology is a huuuge conference, where thousands of women in the tech industry flock together and hang out with other women in the tech industry.  This year, the conference is being held in hot and sunny Phoenix, Arizona.  I'm currently very focussed on the weather. Yeah, it's currently 15 degrees in Ottawa (warm!), but it's 27 degrees in Arizona.

There's free Wi-Fi in the airport; I'm taking advantage of it while it lasts.